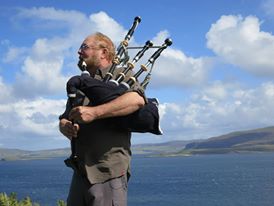 Professional Grade Piper
serving the tri-state area for over 40 years.

Piping instructor in the Capital Region for several years providing both band and individual instruction.

Several of my pupils are currently the foremost teachers of piping in the Capital Region and have won major awards in competition throughout the world.

A Bagpiper for all occasions!